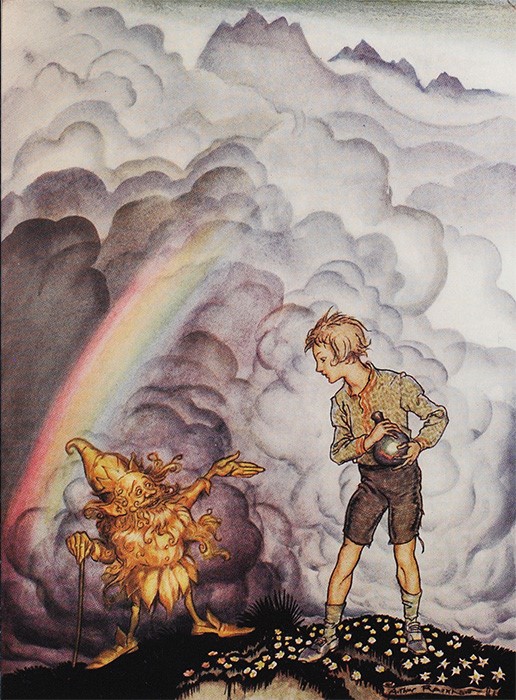 I tweeted about the Ruskin exhibition at 2 Temple Place, mentioning that Ruskin’s great influence on English thinking came about partly because his books were given as school prizes right up to the 1920s. Michael Rosen commented that he read Ruskin’s tale The King of the Golden River many times over as a boy and loved it. I had never read it, in fact I’d never heard of it, but I read it last night.

Ruskin wrote the story for the young Effie Gray and it became very popular. Ruskin is one of the great prose stylists of the 19th century and this is a beautiful moral tale, beautifully written, but it is the only children’s story he ever wrote.

The illustration above is by Arthur Rackham, from an edition made in the 1920s. Rackham was good at myths and fables and had done good illustrations for Wagner’s Ring of the Nibelungen ten years earlier. All Rackham’s illustrations are now hugely collectible.

2 thoughts on “‘THE KING OF THE GOLDEN RIVER’”