The 1926 Yearbook of Decorative Art published by The Studio magazine was frank about British design conservatism: ‘On the Continent and in the United States the enterprise was greater than in this country and the results more hectic. We Britons have always been somewhat slow in the uptake in the matter of design; but our conservatism in the long run has done us little harm.’ Remember that the 1925 Paris Exhibition is seen as the launch pad of Art Deco and then see that many if not most of the designs featured by The Studio are still in Arts-and-Crafts mode.

Architectural examples were predominently vernacular in inspiration, with a trace of neo-Georgian in the examples from Welwyn Garden City. But although interiors were  traditional, they were stripped down and free from clutter, as in work by the Deutsche Werkstätten. Gordon Russell’s simple and useful furniture was made by the best cabinet makers available. Heal’s furniture anticipated Utility, with which Russell, of course was associated.

Figurative ceramics were more evident in the illustrations from the Continent, despite the fact they were at the height of their popularity in Britain.

By 1933, there had been a major change. The rchitecture and interiors featured in the Yearbook were now mainly modernist, including British examples by A.V.Pilchowski and Stanley Hall and Eastern & Robertson. Fewer ceramics were shown but they included mass-produced factory wares like those designed by M. Friedlaender. 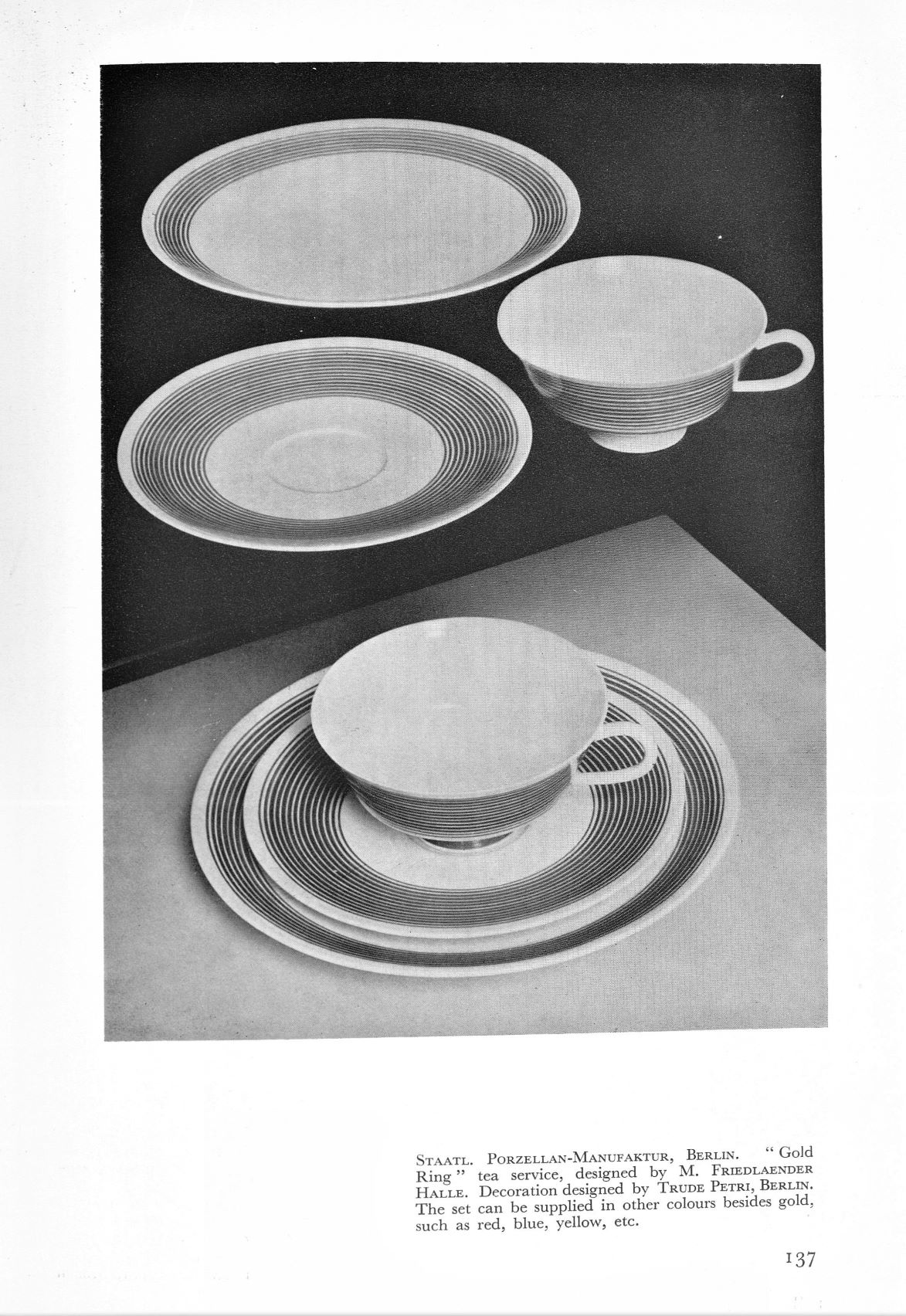