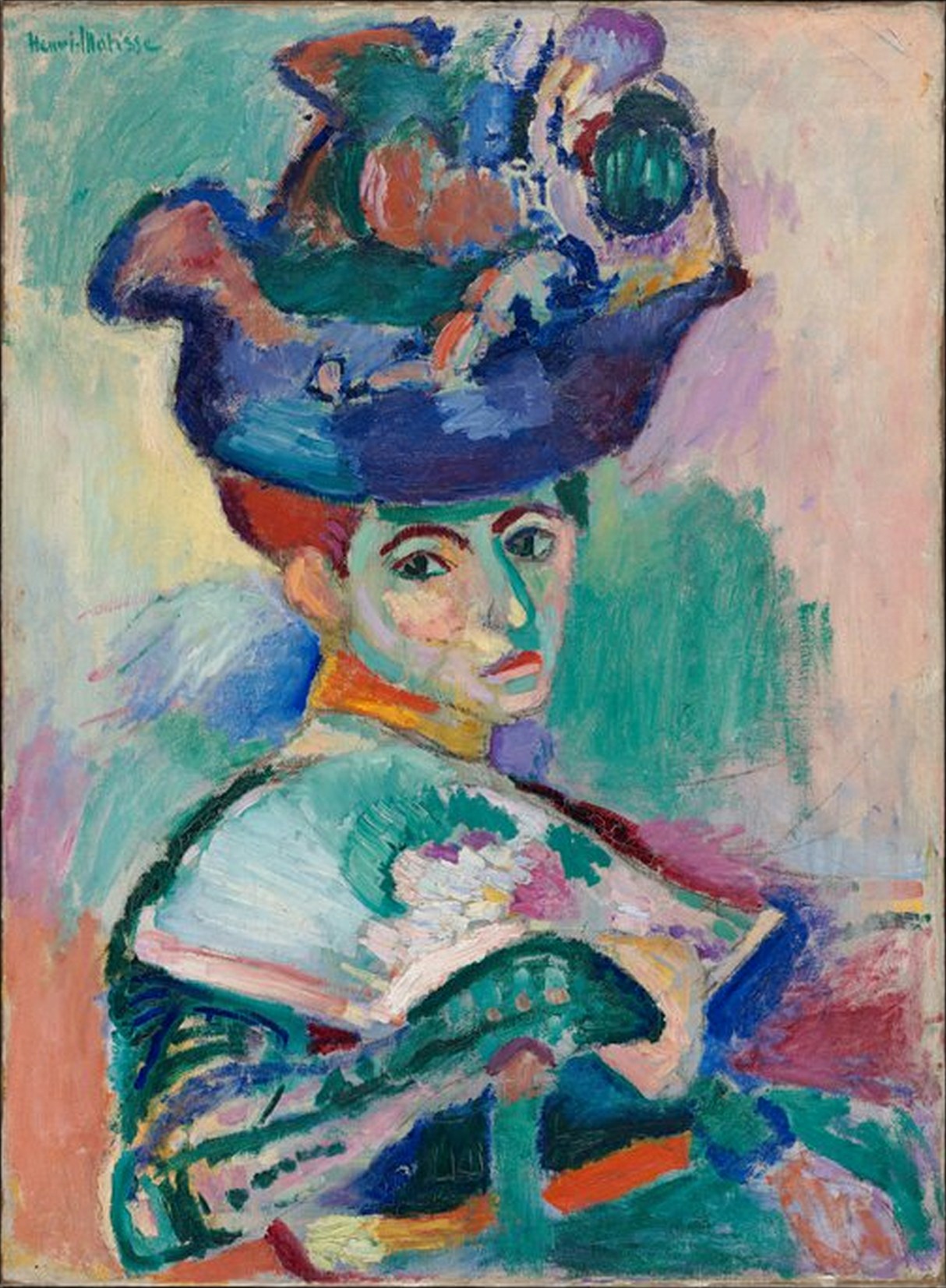 We rushed to watch Becoming Matisse on BBC TV the other day because of his association with Colliure, the seaside town in the southeast corner of France that we like so much.

The programme made much of Matisse’s 1905 portrait of his wife (above), which caused a stir because of its wild colours and introduced fauviste into the vocabulary. Matisse was irritated by the incomprehension he’d caused but sort of enjoyed it.

I said earlier that 1905 was the high tide of the Arts and Crafts Movement in England. The difference between London and Paris at that date was great. Arts and crafts in the continent were straining towards modernism but the followers of William Morris had become timid now he wasn’t there to shake them up. The Studio magazine was comfortable with the paintings of the New English Art Club but not with the new French art. Fry’s Fauvist exhibition revolutionised the style of his little Bloomsbury circle, but they too became stuck and didn’t change in forty years. The art schools were stuck in arts-and-crafts mode right up until 1945, when Britain finally woke up to the need for competent industrial designers.

It wasn’t until the Tate’s retrospective in 1960 that Picasso ceased to be regarded as a charlatan in Britain and began to be taken seriously as an artist. But Matisse, whom Picasso admired, was ahead of him: in 1905, when Matisse was sticking up two fingers with his Woman in a Hat, Picasso was still in his Rose Period.