Few artists make a living from art and many give up completely. Looking in the archive of Central Saint Martin’s art school I found several talented ceramics students who never practiced after graduating. I was looking for photos of work done by students of Dora Billington to show in the exhibition I’m curating at the Crafts Study Cente and Ruthin Craft Craft Centre at the end of the year.

In the early 1950s some students made work with an eye to mass production and others made pieces intended as individual works of art. Ines Reich made the elegant teapot above with a transfer decoration for her diploma exam in 1951, with a  contemporary Festival of Britain feel, but she appears to have disappeared without trace thereafter.

Doreen Lambert made this well-considered dinner service (below) for her diploma show in 1954 but she had a career in teaching rather than design. She kept it all her life and it sold only after her death, when it came up at auction at Roseberry’s in 2014. 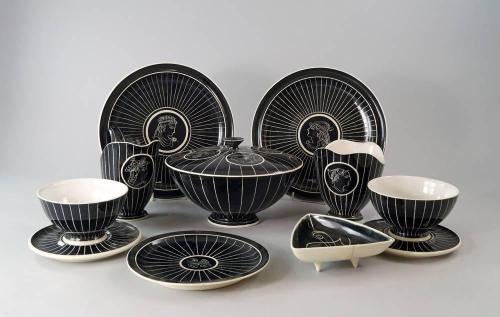 The Central was famous in the ‘fifties as a counter-current to the conservative Leach style of studio pottery, and this fine collection (below), exhibited by Helen Sadar in 1959, is typical of the sort of ceramics that were being explored then. She also disappeared without trace. 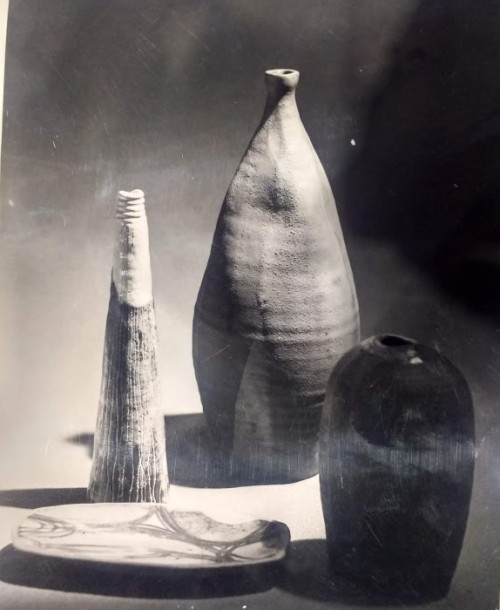