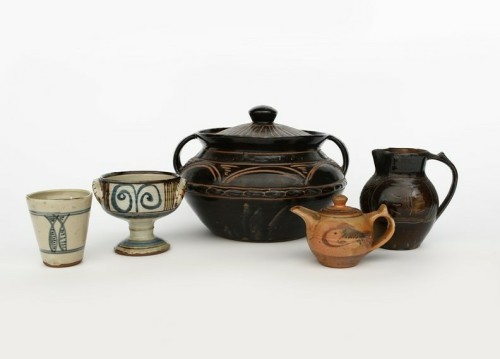 I viewed the upcoming auction of items at Woolley and Wallis yesterday, dominated by two large collections of Martinware, which were introduced to members of the Decorative Arts Society by Dr Christopher Jordan.

There are also many lots of 20th century studio pottery, including some good examples of work by Michael Cardew. I suppose it’s because many potters were production throwers that there are numerous examples of their work around, but I was still surprised at the low guide prices for some of the items. This group of five Cardew pots, for example, is expected to sell for £120 – £180 for the lot.