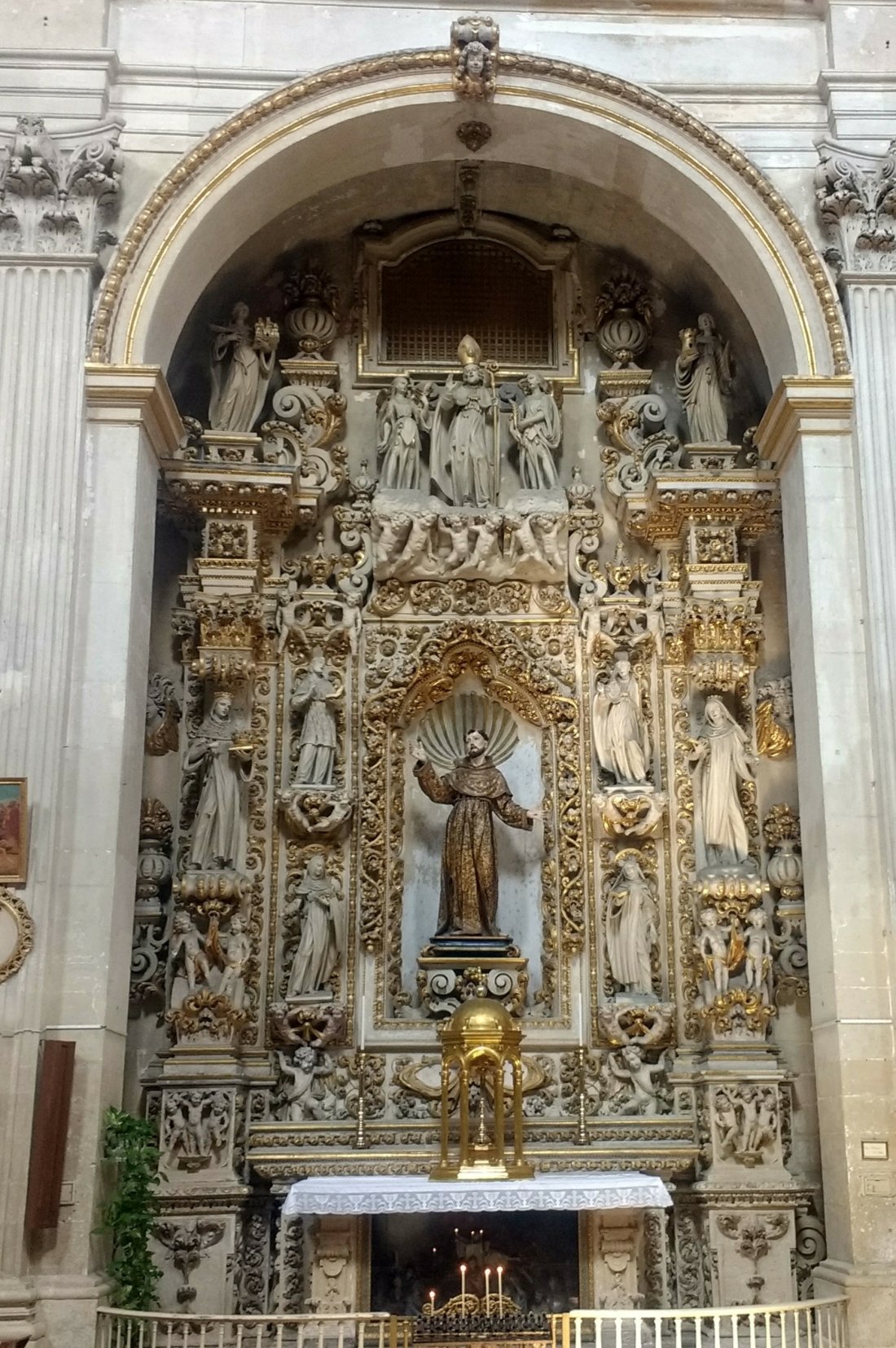 We came to Lecce, the major town in the heel of Italy, on a slow train from Martina Franca and found a room in the Palazzo Bernadini, presided over by Isabella Oztasciyan Bernardini d’Arnesano, professor of Greek studies at the university. 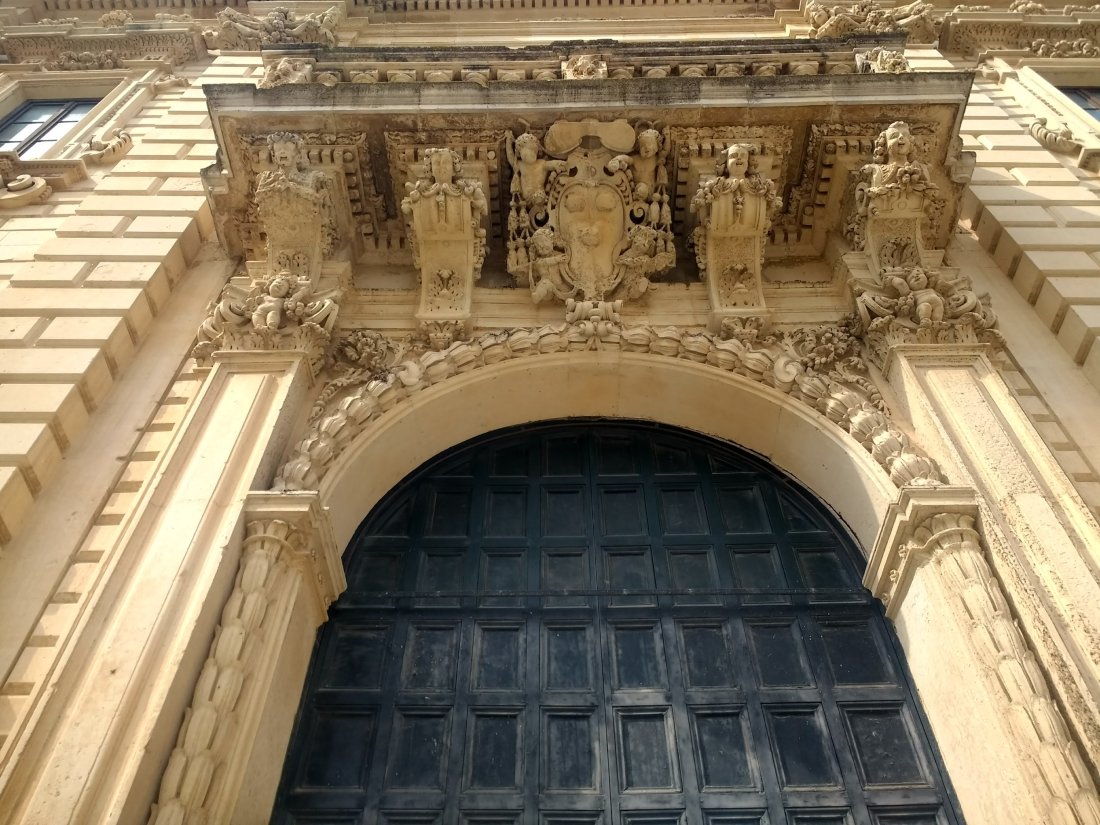 Lecce developed so rapidly in the late 17th century that it has a unity of design and its streets of honey-coloured churches and palazzi would make it a good film location. But that’s not surprising because the streets and squares of Lecce were conceived as a location for performance and display. 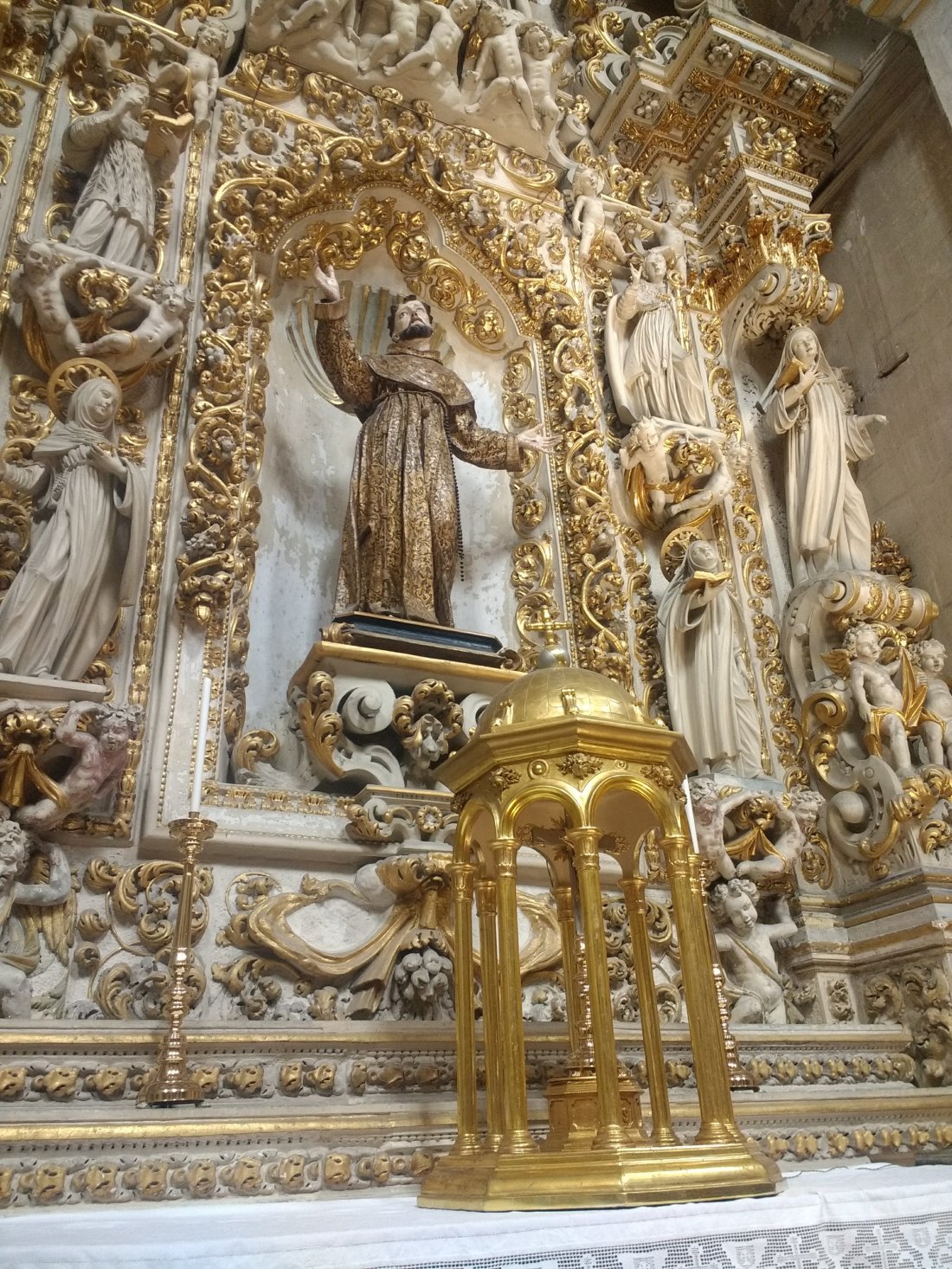 The large Duomo square, almost completely enclosed, had a defensive function but it is also a stage, with an elaborate set finished by Guiseppe Zimbalo, architect of many Lecce churches, and is made for ecclesiastical and civic performance. Each high Baroque church in the city competes with the next to make the best impression with its extravagance, splendour and the degree of elaboration of its façades and altars. 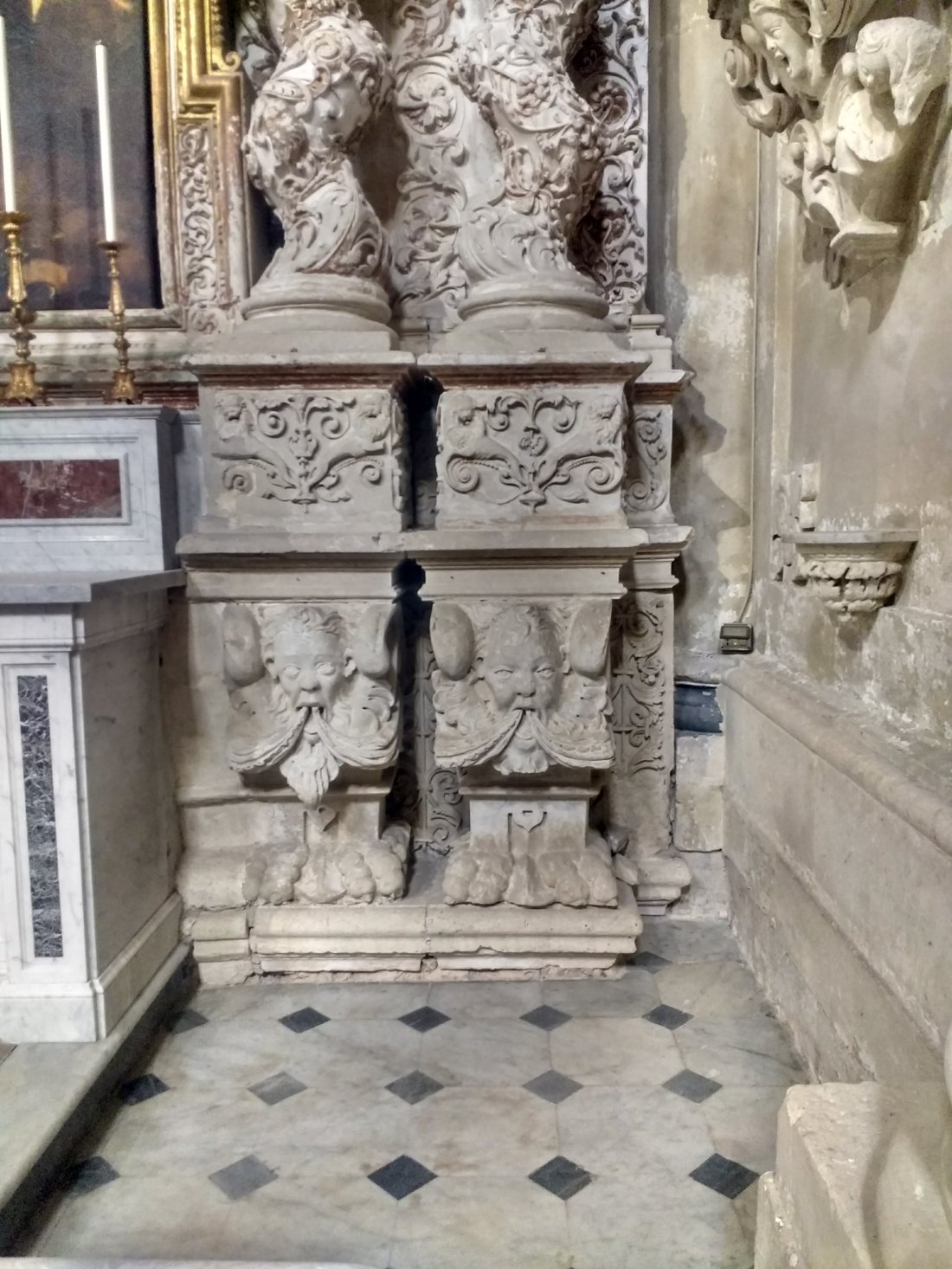 In art, whatever can be done will be done. If the artist has the soft Lecce limestone to work in, he can carve it any way so that it writhes, boils and bubbles. Columns are twisted and the twists are decorated with animal and plant forms and putti and the decorations gilded. The intention of this art, to surprise and overawe, is still achieved as the visitors gasp and Wow! before snapping the preposterous façades of Zimbalo’s Santa Croce and Duomo. 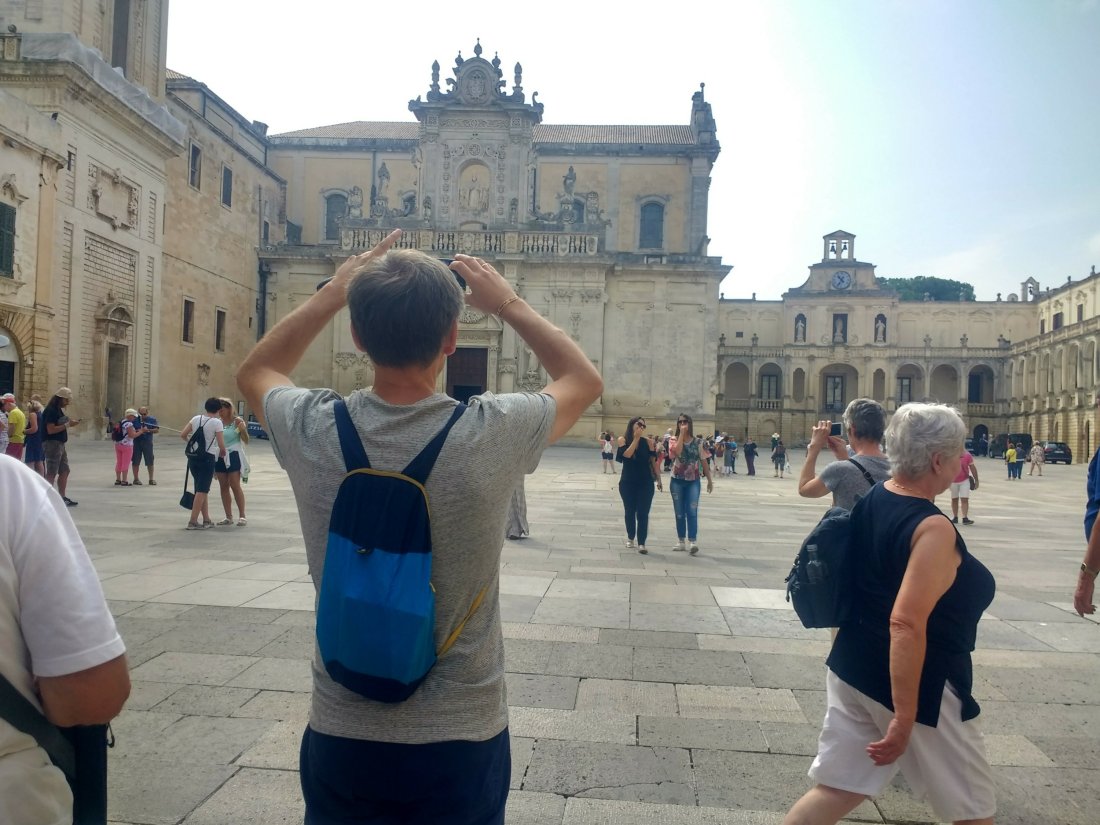