We made the two-hour drive to Compton Verney to see the exhibition of automata, prompted by memories of the little museum of mechanical toys that there used to be in Covent Garden in the 1990s, and stayed to see the folk art from the collections of Andras Kalman and Enid Marx and Margaret Lambert.

Marx started collecting in the 1930s, though her interest began earlier. She said she was influenced by what she learned from her father’s paper-making business, and at the RCA she failed to get her diploma from the painting school because her work was thought to be too vulgar. Kalman, a Hungarian emigré, began after the war, collecting mainly untutored paintings of the late 18th and early 19th century, usually rural, often of favourite animals, sometimes unintentionally funny. The Marx-Lambert collection includes print ephemera, scrapbooks, valentine’s cards, paper peepshows, children’s books, ceramics, corn dollies and toys and, from the period after the war, vanishing crafts. Deeply unfashionable at the time, these items could be picked up for pennies in junk shops. 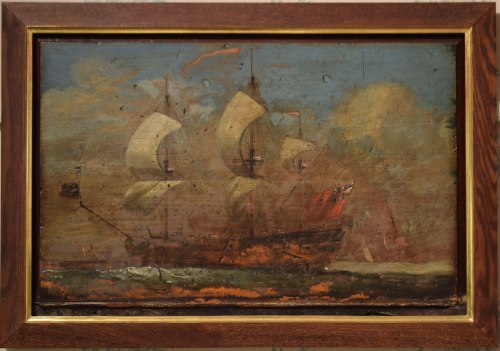 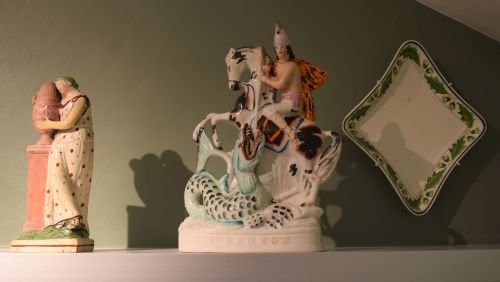 Marx’s, Lambert’s and Kalman’s collecting coincided with the relaxing of the severe modernist contempt for anything traditional, un-functional or Victorian. Marx and Lambert’s When Victoria Began to Reign was published in 1937 and English Popular Art in 1951. 1951 was a significant date for folk art and Victoriana. Barbara Jones’s exhibition Black Eyes and Lemonade, a Festival of Britain event about English popular and traditional art, was put on at the Whitechapel Gallery in 1951, and her book, The Unsophisticated Arts – about fairground decoration, tattoos, seaside architecture and funeral ornaments – came out in 1952. (For long hard to find, there is a new edition.)

This interest in the vernacular and the curious mitigated the modernism of the Festival of Britain, which stimulated interest in the period of the Great Exhibition a hundred years earlier. The Festival Funfair at Battersea featured Rowland Emett’s whimsical and nostalgic “Far Tottering and Oyster Creek Railway“. And so, full circle – Emett’s railways were a feature of the automata exhibition at Compton Verney.