The picture above, by Alex McDonald, shows two of Sir Giles Gilbert Scott’s memorable designs: the red phone box and the brick exterior of Battersea Power Station. The overused word “iconic” can be properly applied to both. Pink Floyd put the power station on one of their album covers and redundant phone boxes are now being bought and displayed in gardens, precisely as icons. 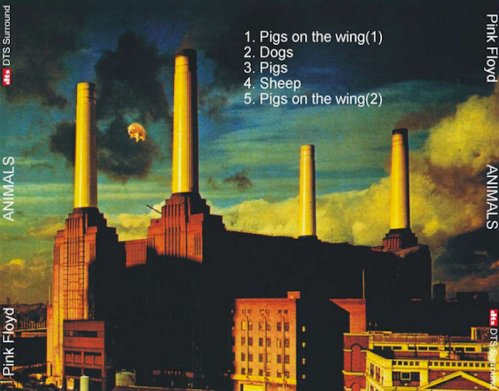 The first phase of the power station redevelopment, where I exhibited at the weekend as part of the London Design Festival, is a mix of flats, offices and restaurants. 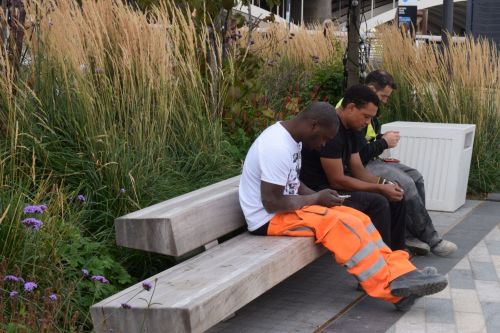 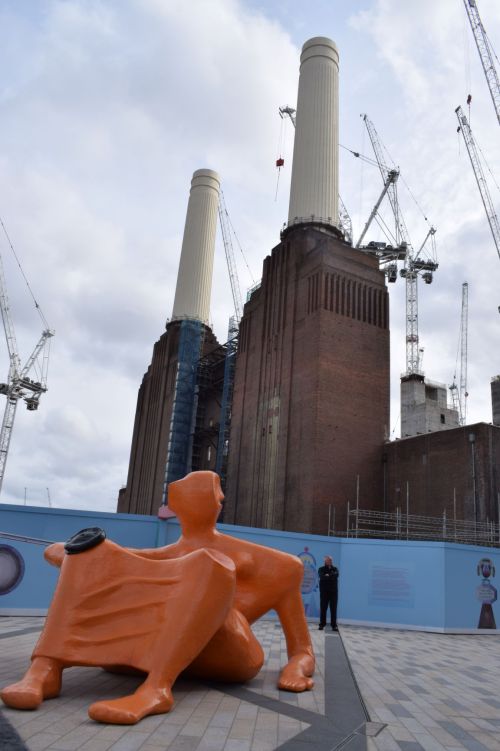 Coffee Works, where I took my lunch breaks, served large sourdough-bread sandwiches at £7. The General Store indicates who the local customers are, selling, alongside the croissants and cauliflowers, magnums of champagne and jars of truffles. I didn’t look in the estate agents’ windows, but one of my fellow exhibitors told me I couldn’t afford all the noughts. A local nanny visited my stall and told me she traveled with her boss to her other houses in Gstad and Los Angeles. Friends who moved to Battersea in the  seventies told me that in the eighties the gentrifiers had already started calling it South Chelsea and saying their postal address was SW one-one.

Not everyone has been complimentary about the development. In the Architect’s Journal, Owen Hatherley describes it as dystopian and grim and says it is “devoid of planning, intelligence or character – a tangle of superfluous skyscrapers around parodies of public spaces.”