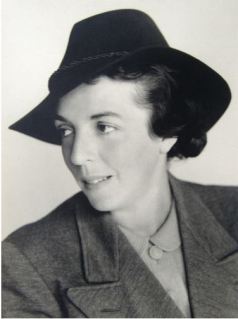 One of the Hungarian ceramists illustrated in Gordon Forsyth’s 20th Century Ceramics is Lili Márkus, 1900-1960 (pictured above), who I was not familiar with. Lászlo Hradszki drew my attention to the catalogue of the exhibition of her work that was mounted in Budapest and Glasgow in 2012, which is available online.

Márkus had had a brief but successful career until she and her family left Hungary in 1939 and came to England, where they lived in Derbyshire. Her career contrasts with that of her ceramic contemporaries Margit Kovács, who adapted to the Communist regime and remained popular until her death, Eva Zeisel, who emigrated to the United States, where she also found success and had a very long life, and other Hungarian emigrés, notable Laszlo Moholy-Nagy, Erno Goldfinger and Marcel Breuer, who also had successful careers. In her provincial isolation Márkus is comparable to Greta Marks, another ceramist of Jewish origin, who left Germany and settled in Stoke-on-Trent, but who, understandably, never adapted to the British ceramic industry.