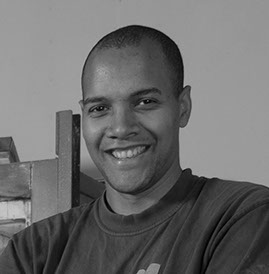 Richard Miller (above), whose exhibit at Hatfield Art in Clay I wrote about earlier, came to talk to the Dacorum Potters Guild yesterday about his pottery and in particular his tile business, Froyle Tiles. The tiles are his bread-and-butter, which allows him freedom to do his own creative ceramics, but he is one of the leading producers of artisan tiles in this country, gets a continuous stream of commissions from large commercial concerns and he never has to advertise. Many of the plain-glazed stoneware tiles you saw in Fired Earth were made by Froyle Tiles. Froyle made the tiles for Walford East tube station in EastEnders and the finished tiles for 24 Savile Row, a high profile development in the West End. 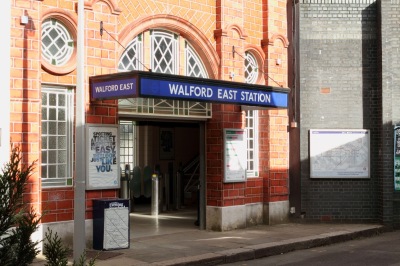 Richard and his two colleagues are amazingly versatile and willing to take on projects using new techniques, though after twelve years they now have a wide repertoire – plain glazed tiles, painted faience, moulded surfaces and a variety of glaze effects. The EastEnders job required a flat Burgundy-coloured glaze and then, in imitation of old tube stations, dabbed and painted enamels to create a distressed and weathered look, calling for a third firing. The Savile Row contract, directed by Kate Malone, made use of German tiles and several crystalline glazes, developed after lengthy research.

Richard is engaging and informal, coming to the Guild in shorts on this balmy October evening. He says he works fast, which is obviously one of the reasons why his company is so successful, but he is a considerable artist and the craft skills of Froyle Tiles are second to none.