It may be perverse to go to a zoo to look at the buildings, but that’s what we did on a recent trip to Budapest, because the popular zoo is one of the architectural highlights of the city. It’s one of the oldest zoos in the world. It made a loss in its first incarnation and at the end of the 19th century it was taken over by the city council, who had it completely rebuilt.

The exotic Art Nouveau entrance and the Elephant House were designed by Kornél Neuschloss; they’re great fun and they make bold statements, but we went to see the buildings by his young students Károly Kós and Dezső Zrumeczky.

Kós (1883-1977) was born in Transylvania and was passionately interested in its Hungarian culture. His zoo buildings are based firmly on Transylvanian folk models. He was an admirer of John Ruskin and William Morris and insisted on this vernacular style in his Budapest buildings against the prevailing Art Nouveau and the overblown Eclectic style. Although he was offered the post of professor at the College for Applied Arts in Budapest, he preferred to return to Transylvania. After Trianon, he campaigned for the rights of Hungarians in Romania but did not advocate reunion with Hungary. He was a senator in the Romanian parliament for the Hungarian People’s Union from 1946-48. 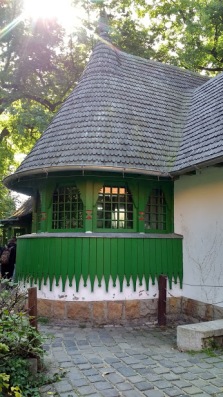 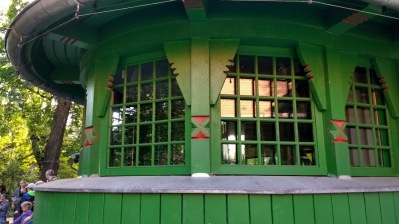