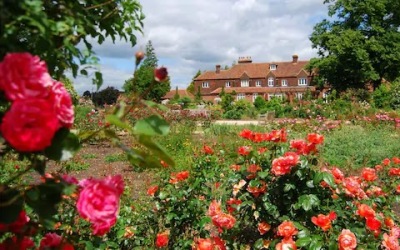 I reported in June on the closure of the Gardens of the Rose, the collection of the Royal National Rose Society. As I predicted, the land is being sold off by the administrators. It cannot be used for housing unless there is a change in St Albans council’s planning policies, and it remains to be seen what it will be used for. A more popular leisure destination?  Here is the press story:

“The Royal National Rose Society, which ran the gardens in Chiswell Green Lane, was taken over by joint administrators Stephen Goderski and Peter Hart, of PKF Geoffrey Martin & Co, in May. A spokeswoman for Geoffrey Martin & Co told the Herts Ad this week: ‘It is the joint administrator’s intention to market the company’s property in September, after the holiday period.’

The Green Belt land is not included in the district council’s Strategic Local Plan as a potential site for housing.

The gardens went into administration just two years after the closure of the neighbouring Butterfly World in December 2015. Butterfly World was open for six years before being shut by owners The Breheny Group due to trading losses. The Royal National Rose Society was the world’s oldest specialist plant society, formed in 1876. The gardens themselves were opened more than 50 years ago by Mary, the Princess Royal and Countess of Harewood, who was patron at the time.

At the time the closure of the gardens was announced, St Albans MP Anne Main described the closure as inevitable, describing the attraction as ‘a niche destination’ which was ‘not terribly well-advertised’.”