From next week I’m exhibiting with CityMade.UK. We are a group of five award-winning designer-makers who present an antidote to mass market products at our upcoming show at the Society of Designer Craftsmen Gallery in Shoreditch (pictured).

We are all members of the Society of Designer Craftsmen, which has been promoting high quality workmanship for over a hundred years.

The Society of Designer Craftsmen was founded as the Arts and Crafts Exhibition Society in 1887. Among its past members are some of Britain’s most eminent designer-makers, including William Morris, Eric Gill, Charles Rennie Mackintosh, Eric Ravilious, Bernard Leach, Walter Crane, W. R. Lethaby, William de Morgan, Edward Johnston, Michael Cardew, Dora Billington, Gordon Russell, David Pye and Gerda Flockinger. Its gallery in Rivington Street has a regular programme of exhibitions by current members.

Trained in three dimensional design, producing sculptural furniture. Brings his interest in three dimensions to his graphic works. The inspiration for the prints exhibited with CityMade.UK is the everyday view of London, with its constant change and contrasts of old and new. Commissioned work includes the Prime Minister’s Office, Tate Britain and the Bishop of Southwark. Studio in New Cross, London. 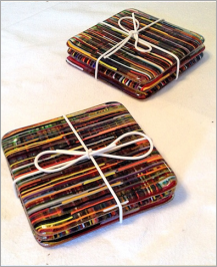 Designs and make contemporary glass art from concept to installation for a variety of different markets, including artworks for galleries, corporate and private commissions, public commissions and interiors for home and businesses. His award winning artworks ‘A Fine Line’ featured in Vogue’s Contemporary Collection for the home. Studio in Birmingham. 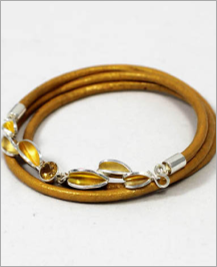 BA in Jewellery and Silversmithing. All her pieces are individually made and crafted in silver using a range of raising and forming techniques. Her designs bring together innovation and craft with bold colour, illuminating light and dramatic contours. Her awards include the Society of Designer Craftsmen Distinction Award, 2014, the Guild of Jewellery Designers Gold Membership Award, 2013, the Simon Benney Award, 2013 and the Paul Podolski Award for or fine craft, 2013. Studio in Southampton.