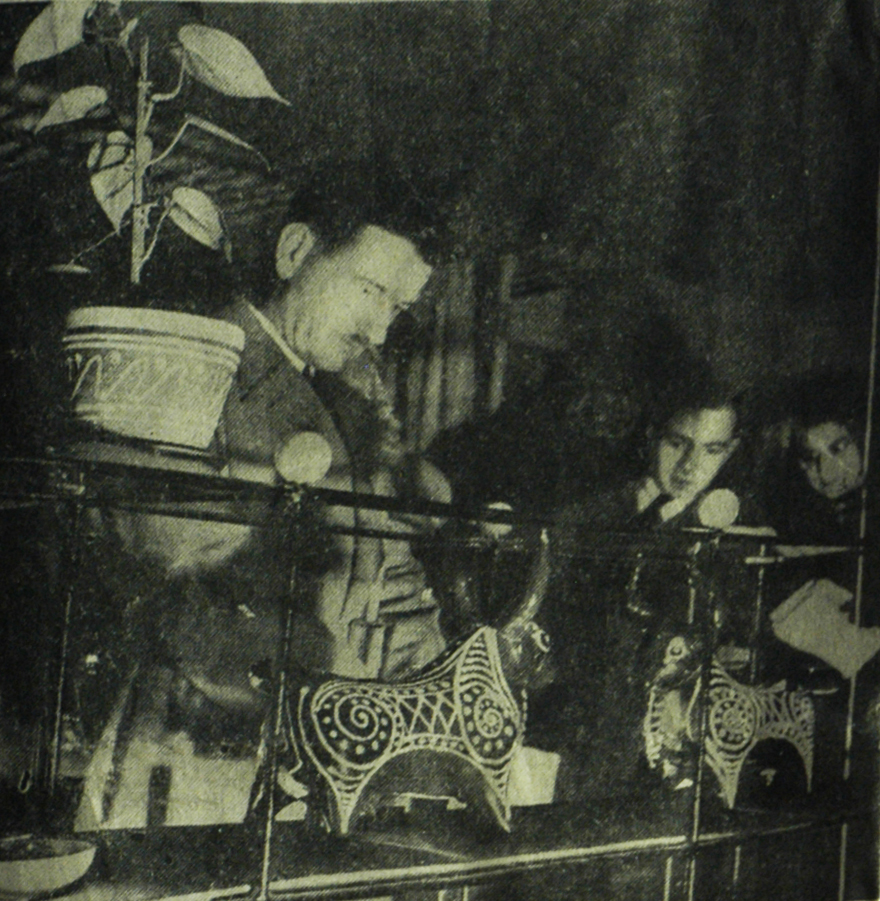 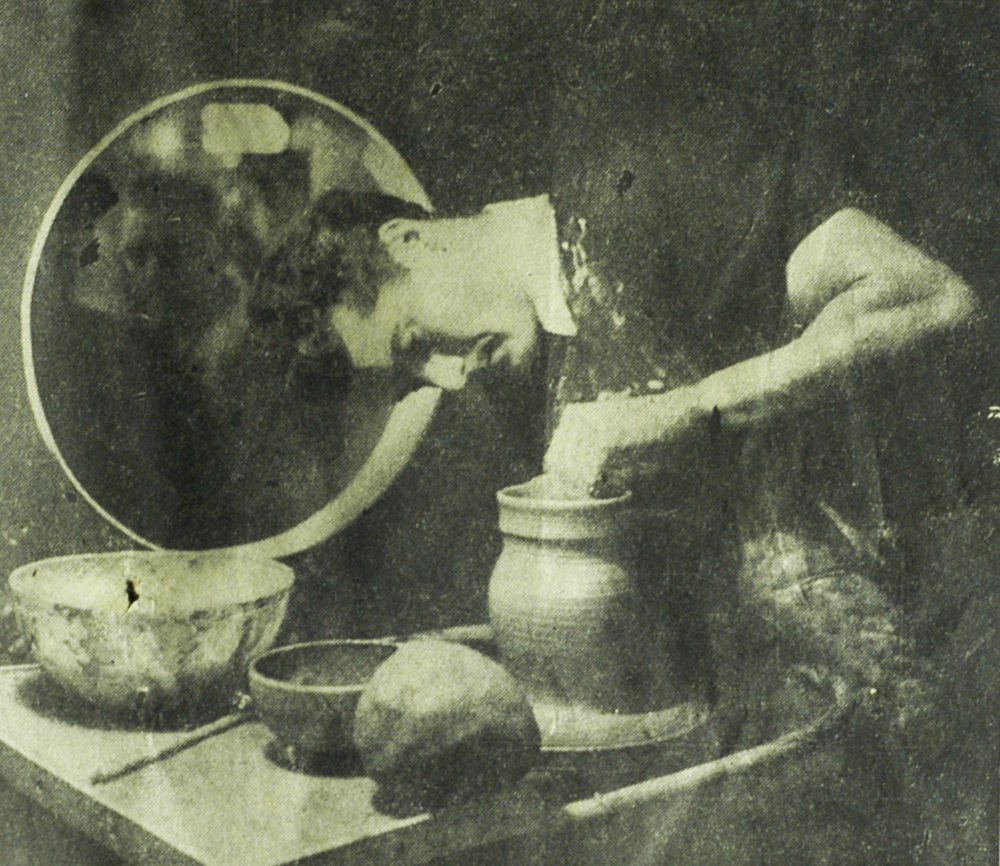 Studio potters had a good time after the Second World War. During the war, factory-made ceramics were plain and undecorated because the government considered decoration to be a waste of resources. In peacetime, customers looked for something new and different to put on their table, and for a generation good potters found it hard to keep up with demand. There were fewer potters then, perhaps a hundred in Britain; according to a 2004 Crafts Council survey there were about 6,000.

At the time, government thought the crafts had a role to play in the economy and support for the crafts was the responsibility of the Board of Trade. By the mid-sixties it became evident that there was little dialogue between craft and industry, and in the seventies responsibility for crafts passed to the department of education. Pottery was now art, not manufacture.

Studio potters had been well represented in the 1951 Festival of Britain and a year later there was a curious exhibition, Ceramics in the Home, in Charing Cross underground station of all places, sponsored by The Observer newspaper. The exhibition featured on the front page in October 1952, with the two photos at the top of this post prominently displayed.

“In the booking-office vestibule of the ‘Underground’ station at Charing Cross, two figures peer through a porthole at Nicholas Vergette fashioning the lip of a pot. He is one of the artist-potters who demonstrate daily in The Observer exhibition ‘Ceramics in the Home.’ The decorative Minoan Bulls are made by William Newland.  The exhibitions will be open throughout October on weekdays from 11 a.m. to 7.30 p.m. Contemporary British pottery, ornamental as well as useful, is shown in a decorated setting. Demonstrations at the potter’s wheel may be seen from 3.40 to 4.45 p.m. and from 5.30 to 6.45 p.m.”

I saw one of Newland’s Minoan bulls (pictured), similar if not identical to the one in the photo, in a private collection. Newland and his wife Margaret Hine had visited Andalucía in 1949, and I think I see a Spanish influence in this bull.

Newland recalls that the exhibitors at Charing Cross included Hans Coper, Lucie Rie, Nicolas Vergette, himself and Hine – a strong representation of potters associated with the Central School of Arts and Crafts, where ceramics was under the control of Dora Billington and her assistant Gilbert Harding Green. There was a strong influence of Picasso, whose ceramics had been seen for the first time in London a couple of years earlier.

The Pottery and Glass journal were sniffy about the exhibition, which they thought should have shown Stoke-on-Trent pottery instead. They dismissed studio pottery as the work of amateurs: “Let the hobby potter exhibit his work by all means, but do not delude the public into thinking that he represents modern British pottery.”

Studio potters had no more sympathy for Stoke-on-Trent than Stoke had for them. Billington was sending her students for a term of work experience in the North Staffordshire Potteries, but not much stuck, and a potter like David Queensberry, who really wanted to work with industry, had to leave the Central and study with Robert Baker at the industrially oriented Royal College of Art.
_______________________________________________
CLICK HERE FOR NEWS OF UPCOMING EVENTS