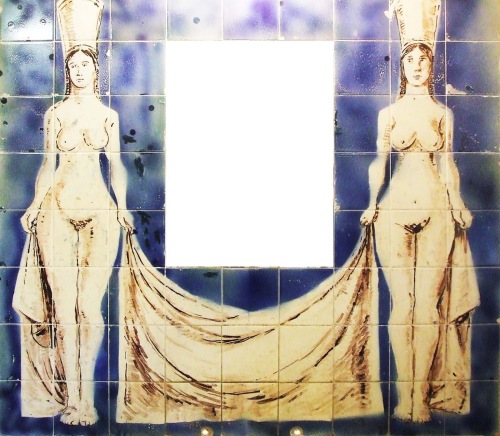 Life in Squares, the BBC TV adaptation of Amy Licence’s book, Living in Squares, Loving in Triangles, gave a – shall we say – one-side view of the Bloomsbury Group. By the end of it we knew who did which and to whom and with what, we saw Vanessa Bell and Duncan Grant dabbing away at canvases and we understood that Virginia Woolf went mad, but we hadn’t learned much about the art and literature that they created. OK, I suppose the Clive Bell/Roger Fry theory of significant form doesn’t make prime time television; and the series has been a great fillip to Charleston, the Bloomsbury home in Sussex where much of it was filmed – visitor numbers are up, which is welcome because the Charleston Trust has a major improvement programme.

Charleston has been open to the public for almost thirty years and it’s a window into the lives of the Bells, Grant, Woolf and their friends. It’s preserved pretty well as they left it, decorated in their idiosyncratic style and frozen in time from before the Second World War, after which they were getting old, were poor and liked things much as they were. 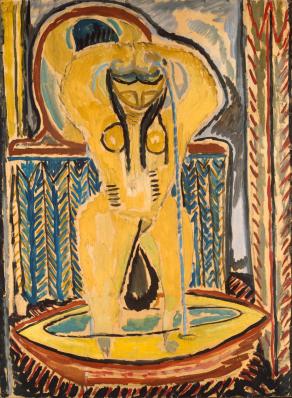 Virginia Woolf said that “on or about December, 1910, human character changed”, referring to the Post-Impressionist exhibition organised by Fry. Artistically, the Post-Impressionists shaped the style of Vanessa Bell and Duncan Grant, and also to some extent that of Vanessa and Clive’s son Quentin, who was a talented decorator of pottery. (The picture at the top of this post shows one of his tile decorations.) Bell and Grant were among the standard bearers of Post-Impressionism but they did not play a major role in the development of modernism in Britain. In literature and intellect Bloomsbury led. Woolf was central to modernist literature and in art theory Fry exercised an important influence through the The Burlington Magazine and his Slade professorship, though in  the practice of painting and design it might be said that in 1910 Bloomsbury discovered the Post-Impressionists and from that point on never looked forward. Grant said that the painting he would most like to be remembered by is “The Tub” (c.1913) (above), but by that date, even in traditional old England, he and Vanessa were being overtaken by the young rebels at the Slade, one of whom, David Bomberg, was only five years younger than Grant. Olivier Bell said of Vanessa, “She had the intelligence and self-awareness not to be seduced by the pioneering experimentalism of her brilliant post-impressionist period into a sterile extremism.” Dorothy Parker was more acerbic: Bloomsbury lived in squares, loved in triangles and painted in circles.

Charleston became what the Germans call a Gesamptkunstwerke, a total work of art. Bell’s and Grant’s talent was recognized and they were commissioned to create interiors for their friends. They designed fabrics commercially. Stoke-on-Trent commissioned designs for plates, which worked well in production. At Charleston, beds, doors and cupboards were decorated with figures and natural motifs. They laboriously block-printed the walls instead of papering them. Quentin made pottery lampshades with holes in that projected pretty lights on to the ceiling. Their painting and pottery are everywhere. Colours are muted – grey, buff, mustard yellow, brown, faded pink, black – in an original and effective palette they developed in the 1920s. All this is set against old English furniture, Staffordshire figures, tin-glazed plates, chintz and worn oriental rugs. The style is anti-Victorian but romantic, 20th century but traditional, Bohemian but English, with a dash of the neo-Classical and redolent of upper-class taste. It embodied J. D. Sedding’s ideal English house, which must have “sparkling fires, radiant ingle-nooks, cheerful company,  good fare, merry children, bright flowers, open windows, and vistas of well-polished furniture, mirrors, delft plates, and rows of shining pewter dishes, jugs, tankards, and braziers, to make it seem joyous.” It is out of the mainstream of 20th century design, which came not from Bloomsbury but from Germany. 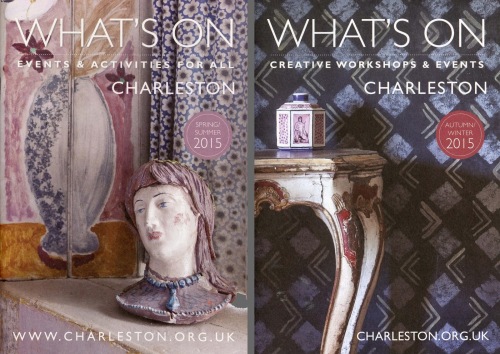 Charleston is charming in the summer and a good gardener has created wonderful views through the windows. But everything has to be packed and put in store in winter because the house is cold and damp. The reason was probably a combination of poverty and a horror of anything so bourgeois as comfort. Its physical isolation and indifference to contemporary movements in art and design makes Charleston unique – or should I say “unusual”, because Voysey’s interiors from the time were comparable. It has a strong appeal to those who like its mix of the rural, the artistic, the quirky and the retrospective.  It has influenced English domestic taste in the last thirty years and the Charleston shop sells the work of modern designers whose work chimes in with Bloomsbury style.