Skip to content
Marshall Colman Uncategorized 31 May 201524 April 2018 1 Minute
The unity of the arts was a key idea of the Arts and Crafts movement, which was concerned especially to raise the status of crafts and the craftsman. The difficulties of this idea were evident from the beginning, when the elevation of the crafts was being achieved by the denigration of fine art. William Morris was scathing about much of the art of his time, which he thought effete and decadent. It also led to ridiculous overstatements, such as Lethaby’s assertion that a work of art was a well-made boot.

It’s not an idea we hear much about today, when postmodern art has evolved into something very different from painting and sculpture and when the crafts themselves have become more akin to fine arts than boots. Many people, familiar with easel painting and even enthusiastic about 20th century modernism, are simply bewildered by postmodernism. There’s no unity of the arts and there probably never was. The arts, or things called “art”, are members of a large family, within which some distant relations have nothing in common with one another, e.g. Mark Wallinger’s Sleeper (top), a pair of boots by Lobb (above) and  Alma-Tadema’s Roses of Heliogabalus (below). 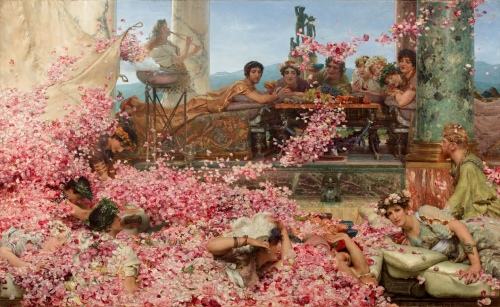 2 thoughts on “THE UNITY OF THE ARTS”