By means of a pun, the city of Granada in southern Spain has become associated with the pomegranate. The Moors, who ruled the city for seven hundred years, called it Garnata, a word possibly taken from the name of the district that had for a long time been occupied by the Jews, Garnata al yahud. Neither to the Moors nor the Jews did the name of the city have anything to do with the fruit, which was ruman in Arabic and rimmon in Hebrew, but in Latin it was pomus granata, meaning an apple with seeds, and so it became granada in Spanish and Granada became associated (or confused) with it.

In Granada earlier this month I saw representations of the pomegranate everywhere, from the sublime to the ridiculous, from jewellery in smart shops to graffiti in the Albaicin area from where, as the sun sets, you have a magical view over the Alhambra to the Sierra Nevada beyond (top). 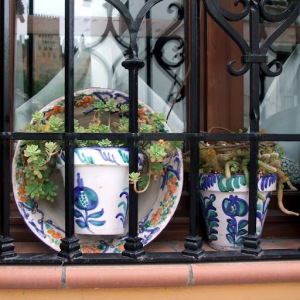 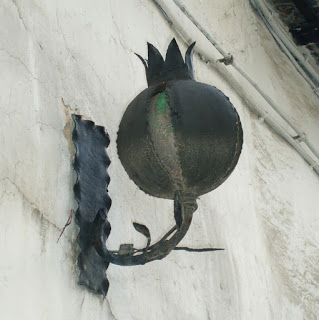 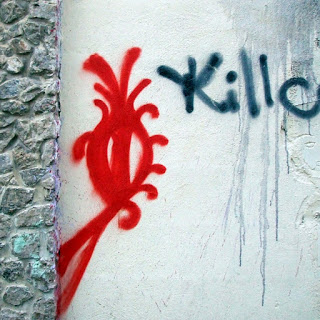 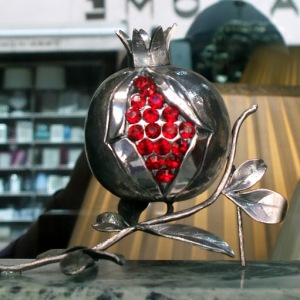 2 thoughts on “GRANADA, THE POMEGRANATE”